VR for Stress and Trauma

Many individuals have experienced a traumatic event. Some have developed disorders or reported overwhelming levels of stress and anxiety. While different psychological interventions exist, can technology like virtual reality be as efficacious? Let’s take a look!

Stress and trauma can create long-lasting impressions on individuals. In some cases, these individuals can develop mental conditions such as reactive attachment disorder, disinhibited social engagement disorder, posttraumatic stress disorder (PTSD), and much more.

While different therapy options are available to work on such disorders, such as eye movement desensitization and reprocessing, virtual reality (VR)has proven to be a breakthrough technology in this particular facet of psychology.

In today’s post, we will speak briefly about the magnitude of trauma disorders (i.e. PTSD), explore the evidence supporting the use of VR, and present a few settings available from Amelia Virtual Care and customized to treat trauma conditions.

It is difficult to ascertain the exact percentage of people who live with a trauma disorder (especially if undiagnosed). However, according to a communiqué released from the World Health Organization, a study published by the international body sheds some light on the matter  Of the 10% of respondents (from 21 countries) who participated, 21.8% reported witnessing violence, while 16.2% stated exposure to war and 12.5% trauma to a loved one. (This does not even include the other traumatic events or loss mentioned in the study). 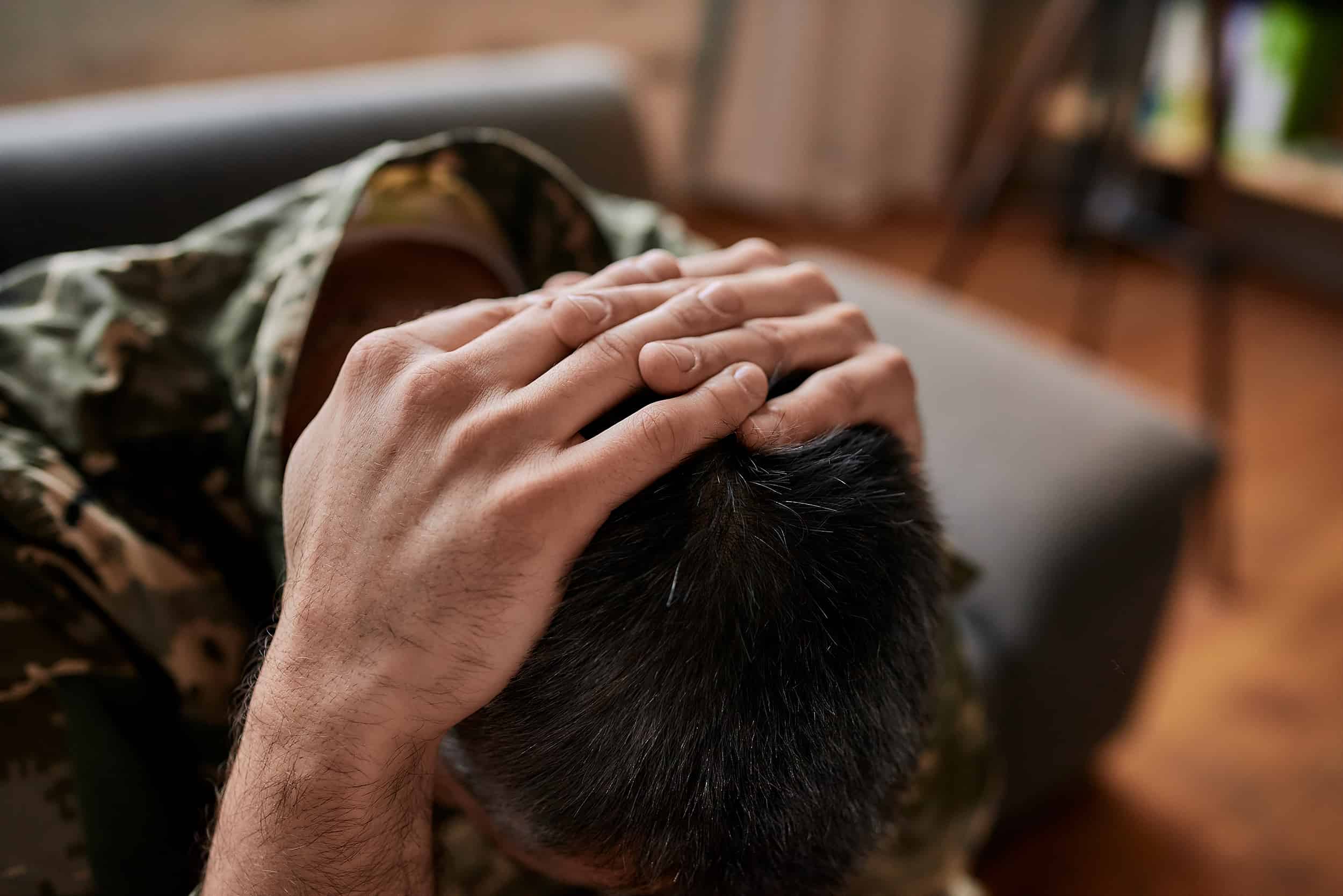 Additionally, investigators Joenen KC et al. published a similar study in 2017 that showed that the cross-national lifetime prevalence of PTSD was 3.9% in a total sample of 71,083 subjects.

In the United States alone, PTSD will impact approximately 3.5% of adults per year. Similarly, an estimated one in 11 individuals will receive a PTSD diagnosis in their lifetime.

It is evident, then, that the problem of trauma disorders is real and requires psychological interventions to provide relief to individuals with such conditions.

How has virtual reality performed within the realm of trauma and stress disorders?

Virtual reality was first presented as a potential tool to help with the activation of the fear structure more than two decades ago. Its growing capacity to present customizable visual, auditory, tactile, or olfactory stimuli has shaped the technology to demonstrate positive and important changes in treatments for trauma and stress disorders.

That all stated, while virtual reality technology may be relatively young, its many benefits are worth considering its integration in clinical practice. 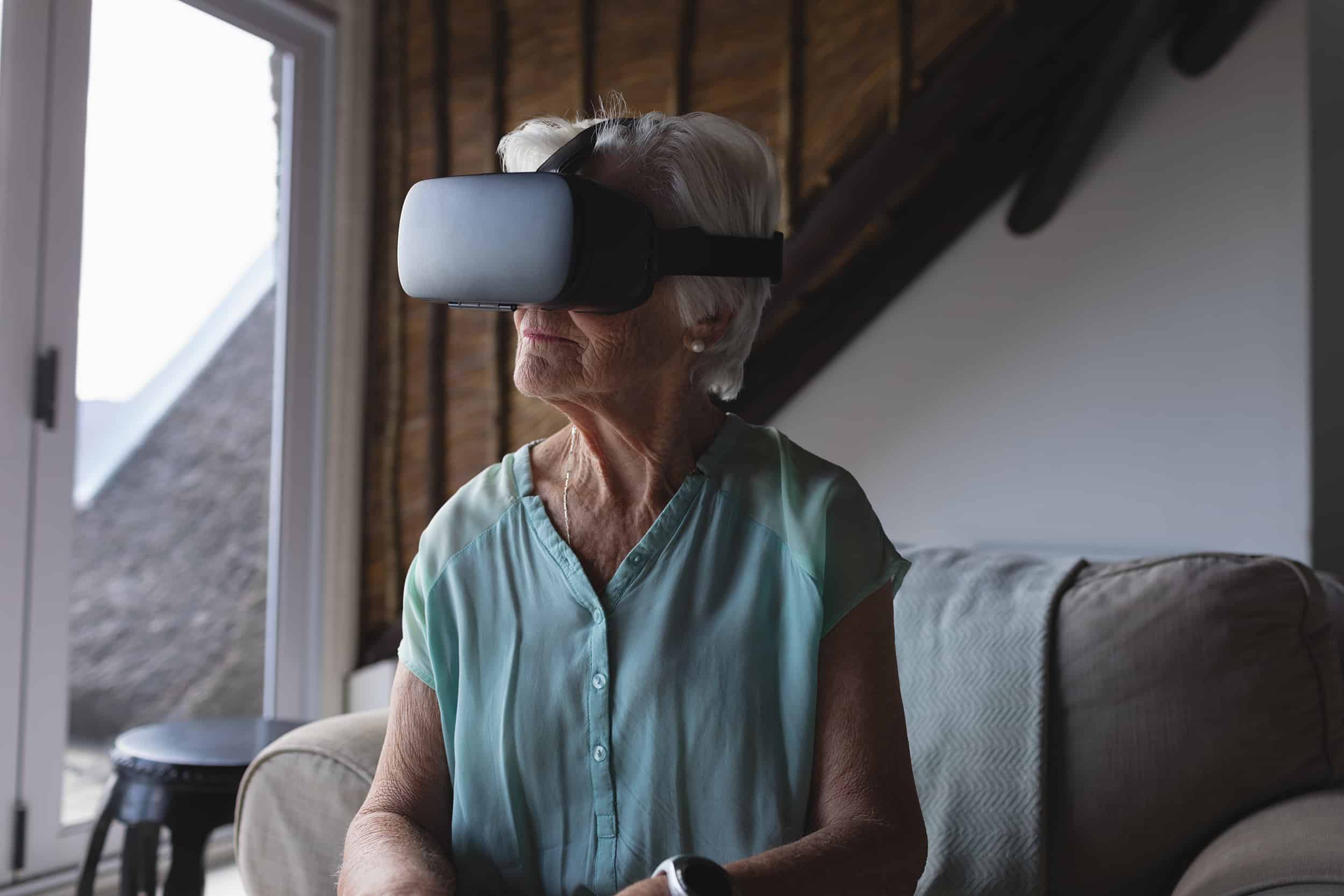 How does Amelia Virtual Care virtual reality work for trauma and stress disorders?

First and foremost, VR technology provided by Amelia Virtual Care respects and complements clinical guidelines and best practices. This means that prior to any work, therapists are encouraged to perform a comprehensive intake evaluation to determine the patient’s mental status and assess risks according to clinical scales established.

If patients undergo VR therapy for stress and trauma, different contexts and approaches will be available. For example, Amelia Virtual Care has designed a setting that places the user in a hill surrounded by mountains and trees to foster a sense of openness. Supporting eye desensitization and reprocessing by eye movements (EMDR), the VR technology shows a back-and-forth, pendulum-like focal point movement to facilitate the mitigation of the negative impact caused by a traumatic event.

However, the virtual reality series extends beyond the aforementioned environment to include diaphragmatic breathing exercises in meadow or underwater settings. There is even a VR exercise that practices the incorporation of progressive muscle relaxation techniques.

If you are interested in discovering more about Amelia Virtual Care virtual reality settings for trauma and stress disorders, we encourage you to reach out to us! We’d love to set up a demo session to guide you in the step-by-step process of how the technology has helped patients with traumatic events.

Healthcare in the Metaverse

Digital Health: How it’s Applied and Implemented in Mental Health

Manage Cookie Consent
We use strictly necessary cookies to provide the proper functioning of the website. In addition to the above, we use cookies related to the improvement and personalization of your experience on the website, for statistical analysis as well as to provide you with advertisements based on your interests. You can accept or reject all cookies by clicking on the "Accept" or "Reject" buttons respectively or, on the contrary, configure them according to your preferences by clicking on the "Settings" button. For more information, you can visit our Cookie Policy
Manage options Manage services Manage vendors Read more about these purposes
Settings
{title} {title} {title}